Startups in Warsaw on Heet.io 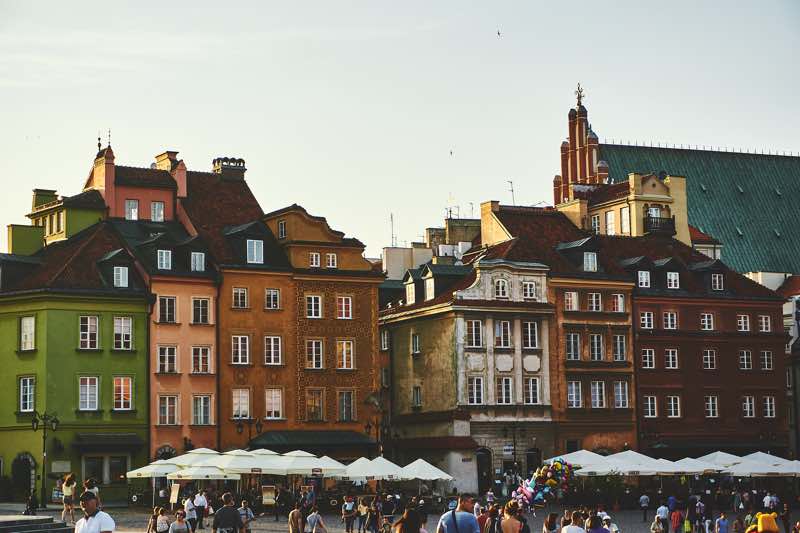 Despite new growth since joining the EU, Warsaw’s economy is still relatively slow growing in comparison with other major world cities and its population is also relatively modest. The government itself admits that Poland lacks in innovation. These factors by no means point to a successful startup scene, yet Warsaw surprisingly has become a critical player in the european startup ecosystem in the last years, competing with Krakow for the top spot in Polish startup cities.


Perhaps the city’s long and painful history has something to do with its success despite having all the odds stacked against them. Having been razed to the ground during WWII the city is now a well planned, modern metropolis which is well connected with other major european cities. Citizens enjoy a relatively high yet affordable quality of life and Warsaw has become quite an attractive place to settle. Moreover, adaptability and flexibility are qualities Warsaw residents have had to adopt for years and will serve them well as entrepreneurs. As they have done with the city itself, Warsaw has begun building its startup ecosystem from the bottom up. Warsaw is home to huge numbers of highly qualified and well trained workers and also has several high quality institutes of technology and universities, all leading to a strong pool of potential employees in tech startups.


During Soviet times, workers could only dream of starting up businesses of their own. Consequently, the first generation of retired entrepreneurs who can share their expertise and experiences with up and coming startups is only just emerging. The pool of investors is currently fairly small, with most of Poland’s funding coming from the EU. The Polish government have been criticised for not supporting the startup scene and for investing the EU funding in the wrong way, not taking big enough risks and thus neither helping the tech scene grow, nor getting the maximum return from the investment. Poland is now in need of more VCs of its own as well as a few big name investors to help the scene advance to the next level.


Moreover, the government are not supporting startups or investors in their policies. There is a clear lack of financial support or tax incentives and the relationship between the government and the business world community is somewhat lacking. With no tax incentives for investors, startups are struggling to gain second round financing and grow beyond the startup phase. Whilst the legalities of setting up a new business are fairly straightforward, laws for investing are shrouded with bureaucracy and complex laws. Above all, this is deterring foreign investors, who are so desperately needed if Poland is to become a world startup power.


However, one key tech giant has seen potential in Warsaw’s startup scene. Google has just launched a new campus in the capital, offering co-working space as well as mentoring and events. It is only the 5th of its kind in the world and is a clear sign that Warsaw’s startup community has potential. Another funding and mentoring scheme to note is Startup Hub Poland which offers a range of services supporting startups as well as pre-seed and seed financing.


Deloitte have also seen the potential in Warsaw and highlighted 19 fast growing Polish startups in their Technology Fast 50 for Central Europe in 2014. Successful startups in Warsaw specifically include SkyCash, homeplex, Radgost and Gametrade. Polish startups are also demonstrating their ability to compete on an international level, enjoying success at competitions.


Coworking spaces in Warsaw are plentiful, popular venues including Gamma Factory, NoaCowork, Wars and Sawa. There are also numerous one off, regular and annual events in Warsaw. Agile Warsaw and Mobile Warsaw both have regular events providing networking opportunities and the chance to gain expertise from experienced entrepreneurs. Jinkubator is tailored towards beginners in programming and runs courses to train people looking to move into the tech world and building a tech ready community. This is also the case with Devoxx4Kids, an event which gives children early exposure to programming. Other annual events include Mobile Central Europe which will be meeting for the 3rd time 2016 and Front Trends, the largest tech event of its kind in Central Eastern Europe.


Whilst there is still work to do if Warsaw’s startup scene is to continue growing at the same rate, international investors and tech companies such as Google are starting to see the city’s potential and invest in the city.

Are you looking for a job in Warsaw? It's one klick away.